ODEC has entered several long-term purchase power agreements for energy generated by wind, solar, and landfill gas resources. We have these contracts, rather than owning the projects ourselves, because as a not-for-profit power supply cooperative we are unable to take advantage of tax credits for these kinds of facilities that are available to for-profit entities.  These PPAs help us provide this energy to our members at the lowest possible cost. We also sell renewable energy credits related to these purchases to our Members and to non-members. 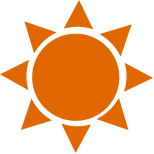 In 2021 ODEC announced a goal to achieve net zero carbon dioxide emissions by 2050, with an interim goal to reduce its carbon intensity by 50% from 2005 levels by 2030. ODEC is the second generation and transmission cooperative in the country to set a net zero carbon goal. ODEC also continues to expand its commitment to solar by actively pursuing additional solar resources.

In 2019 and 2020 ODEC and EDF Renewables North America entered a partnership to develop and build a portfolio of 12 distributed solar projects that will generate approximately 45MW of solar power across ODEC member service territories. The projects are intended to bring local solar energy to ODEC member communities while at the same time providing regional and energy diversification to ODEC’s generation portfolio. ODEC will purchase power from the projects at a fixed rate, providing energy cost security for its members. These projects have expected commercial operations dates of 2022-2023.

In 2020 ODEC entered into a power purchase agreement with Longroad Energy to purchase solar power. The Foxhound project will provide ODEC 10 MW of solar energy and is located adjacent to ODEC’s Clover Coal station in Halifax County Virginia. Foxhound is in development with an expected commercial operations date of late 2023. 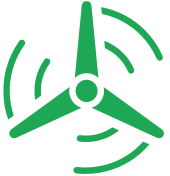 For more than a decade, ODEC has been partnering with private developers to add more than 260 MW of wind generation. In 2008, ODEC executed an agreement to buy 50% of the output of AES Corporation’s Armenia Mountain Wind project in Bradford and Tioga counties in north central Pennsylvania. The project began commercial production in December 2009, with the completion of 67 General Electric 1.5 MWs SLE wind turbines that can produce 100.5 MWs.

ODEC’s latest wind contract is with BP Wind Energy’s Mehoopany Wind Farm in Wyoming County in northeastern Pennsylvania. ODEC began buying over 110 MW of capacity, energy, and renewable energy credits from the project after it began commercial operations in January 2013.

ODEC currently buys the output of a landfill gas-to energy project in Henrico County, Virginia. This project produces electricity by collecting naturally occurring methane, a byproduct of decomposing waste, and burning it to produce power via an electric generator. The Henrico County Project totals approximately six MWs of capacity. Using methane from landfills not only creates electricity from a renewable fuel source, it reduces the net emissions of greenhouse gases from the landfill.